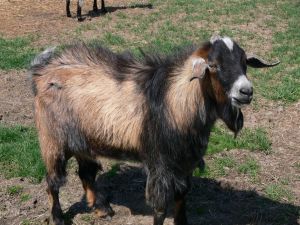 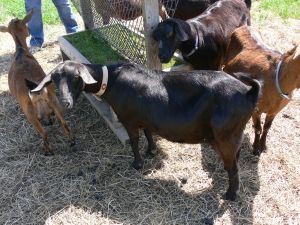 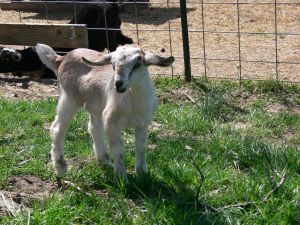 Kinder goats were developed in 1987 by the Showalter family who crossed a Nubian doe with a Pygmy buck. The breed was developed as a dual-purpose breed for milk and meat. Kids usually are born weighing 4 or 5 pounds and grow rapidly at a rate of about 7 pounds per month.

Recently, 6-month-old and 14 month old Kinder wethers were slaughtered weighing about 50 and 80 pounds respectively, with a carcass weight of 30 and 80 pounds respectively, resulting in a 60-63 dressing percentage. It is possible for a Kinder doe weighing about 115 pounds to produce five kids, who in 14 months can weigh 80 pounds each and dress out at 50 pounds, thereby producing 250 pounds of meat each year.