Import and Export of Goat Meat

The United States was a net exporter of goat meat up until 1990. Exports ceased due to increased domestic demand after 1994. This shift is another indication of increased interest in goat meat consumption nationally. In 2007, the United States imported 10,166 metric tons (MT), or nearly 23 million pounds, of goat meat. With an average carcass weight of 32 pounds each, an estimated 718,000 goat carcasses were imported. This number of goats imported is a potentially viable value-added enterprise opportunity for U.S. based goat farmers to diversify small farms. 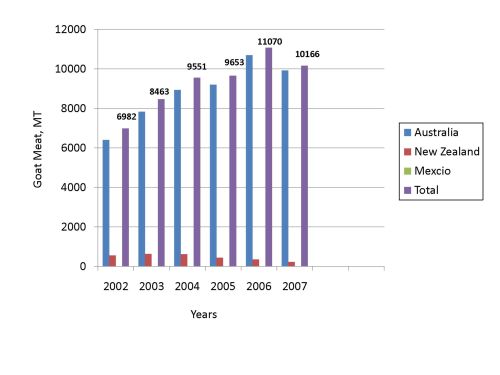