The inorganic nutrients are called minerals. Minerals are further subdivided into macrominerals, those required at 0.1 percent or more in the diet, and microminerals, those required at the part per million (ppm) level. A ppm is 0.908 grams per ton of feed or about the weight of a paperclip in one ton of feed. Macrominerals include calcium, phosphorus, sodium, potassium, chloride, sulfur and magnesium. Microminerals include iron, copper, cobalt, manganese, zinc, iodine, selenium, molybdenum and others. Minerals function in many ways in the body. Some such as calcium and phosphorus are major structural components of bones and teeth, as well as having other functions. Other minerals facilitate nerve functioning or fulfill a role as electrolytes. The mineral requirements for goats are not as well known as they are for other livestock species and have often been extrapolated from sheep or cattle requirements due to a lack of studies in goats. As such, mineral recommendations for goats often have a wide range because of lack of accurate goat-specific information. 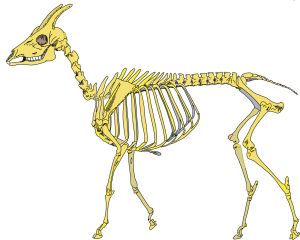 The macrominerals are listed below, followed by the abbreviation, normal dietary range, function, deficiency symptoms and major dietary sources. 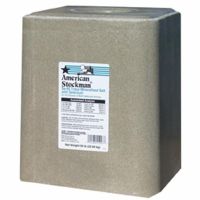 The first level after the mineral name is what is thought to be the minimum requirement in the diet, while the second is the value above which the element can become toxic. Most supplemental trace minerals are provided by trace mineralized salt or mineral mixes that are designed to provide 25 percent to 50 percent of requirements. This is adequate if the animal’s diet is marginal in a mineral but inadequate if that mineral is severely deficient. Unless a documented deficiency exists, it is best not to provide 100 percent of a trace mineral because an excess of one mineral may depress the absorption of another, creating a deficiency. Excess supplementation of some minerals can cause toxicity problems, especially with copper and selenium.