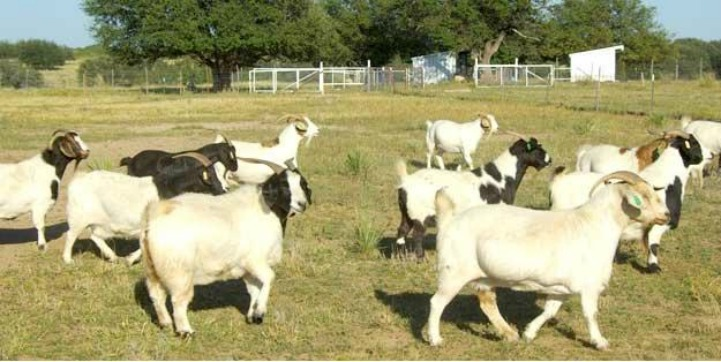 There are several diseases associated with nutritional management. These include acidosis, founder, enterotoxemia, pregnancy toxemia/ketosis, polioencephalomalacia and urinary calculi.

Acidosis, founder and enterotoxemia are all related to either feeding high levels of grain or a rapid increase in the level of grain in the diet. Acidosis is associated with the production of high levels of lactic acid in the rumen from a large supply of starch that the animal consumed. Endotoxins may also be produced by ruminal bacteria that exacerbate the problem.

Founder refers to problems that occur with the feet of the animal as a consequence of acidosis. The blood vessels in the hoof constrict and in the long-term cause the hoof to grow rapidly, necessitating weekly hoof trimming. Enterotoxemia is caused by bacteria in the intestine that grow rapidly and produce an endotoxin in response to high levels of starch (grain) in the diet. Animals are in extreme pain from the effect of the endotoxin and often die quickly. Vaccination will help prevent this disease.

High levels of grain in the diet and stress are associated with polioencephalomalacia, which is a thiamine deficiency. High dietary levels of sulfur, such as from molasses in the diet, can increase incidence of the condition. The animals appear drunk, may not be able to stand, become blind and slowly die. There is often a dramatic response to a large dose of thiamine (5 milligrams per pound), which may need to be repeated. These diseases can be best prevented by increasing the grain level in the diet slowly and maintaining 50-percent forage in the diet. Thiamine can be added to high-concentrate diets at 0.25 pounds per ton to aid in the prevention of polioencephalomalacia.

Pregnancy toxemia is a metabolic disease usually caused by animals being too fat (body condition score greater than 4) prior to kidding; although very thin animals (body condition score less than 2) are subject to the disease also. It is caused by a high demand for nutrients by the growing fetus in late pregnancy that is not being met. Excess fat in the body and the growing fetus limit room in the stomach for food, reducing intake of the diet. This unmet nutrient demand causes a rapid breakdown of fat reserves, forming ketone bodies at high levels that are toxic. Treatments include administration of propylene glycol, large doses of B vitamins, glucose given intravenously and possibly Caesarian-section to remove the fetuses and immediately reduce energy demand. (See the Goat Health section). Prevention of the disease is far easier and more effective than treatment. Simply monitor animal body condition and adjust nutrition, especially energy, to manipulate body condition. Do not sharply reduce feed in late gestation as this may cause pregnancy toxemia. Also, pregnant goats in the last third of pregnancy will need a more nutrient-dense, or higher quality, diet due to fetal growth and reduced intake because of reduced stomach capacity. Exercise will help. Does can be encouraged to exercise by separating hay, feed and water at a substantial distance, forcing them to walk more.