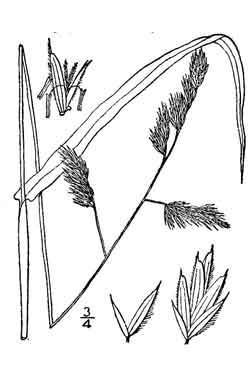 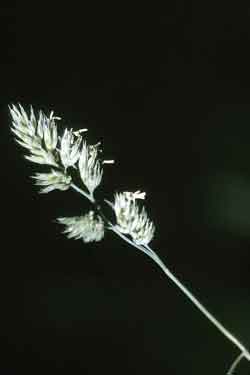 Orchardgrass requires medium- to well-drained soils and is well adapted to the upper northern portion, and the Piedmont and mountain areas of the Southeast. In the lower Piedmont and coastal plains, stands usually thin out after about three years. In the upper Piedmont and mountains, stands are thinning by the fifth year due to disease and usually lack of good grazing management. Orchardgrass is a tall, erect, bunch-type grass without rhizomes or stolons. It grows from March to November. More than 60 percent of production is during March to June and September. It grows some throughout the summer when moisture is adequate. It is more susceptible than tall fescue to leaf deterioration from frost. Yields average 3 to 5 tons per acre. Orchardgrass is well liked by goats.

Orchardgrass grows well with legumes, particularly ladino clover and red clover, and is of high quality when immature — 73-percent to 78-percent digestible and 14-percent to 20-percent crude protein. Quality declines with maturity, however, and it is only 58-percent to 65-percent digestible at full bloom or when the foliage is damaged by leaf diseases. Orchardgrass makes a better hay, has more summer growth than tall fescue, and is easier to manage than tall fescue in mixture with ladino in the upper Piedmont and mountains.