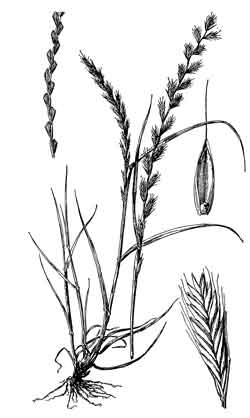 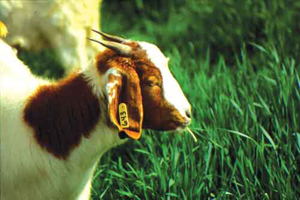 Annual ryegrass is adapted to most soils. It has a bunch-type leafy growth but tillers profusely and volunteers, or self reseeds, readily. Its peak season of growth is later in spring than cereal rye, and it suppresses early summer growth of bermudagrass more than cereal rye. Annual ryegrass yields range from 2 to 4 tons per acre with more than 50 percent in April to May. Annual ryegrass has very high quality — 77-percent to 82-percent digestible and 14-percent to 20-percent crude protein. Its quality declines similarly to orchardgrass as the plant matures.

Ryegrass is very competitive in the seedling stage and may become a pest in cereals for grain, perennial legumes and cool-season perennial grasses. Annual ryegrass works well for mixtures of winter pastures, as when seeded with crimson clover or other small cereal grains. It is also no-till planted into bermudagrass sods to extend the grazing season. Annual ryegrass is used primarily for grazing. In a three-year study conducted in North Carolina with replacement doelings control-grazed on annual ryegrass, cereal rye and triticale, annual ryegrass weight gains per acre were superior to those obtained with cereal rye or triticale.