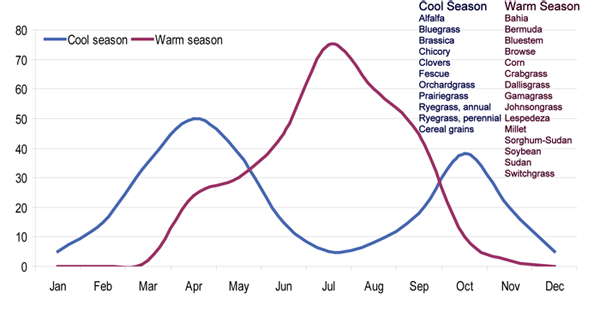 Producers need to be aware that there is no one grazing plan that fits all situations, and many factors need to be considered. Factors such as soil types, topography, climatic conditions, type of livestock operation, labor resources, capital, available machinery and specific objectives will define the grazing system to be implemented. Other factors such as control of gastrointestinal parasites of goats will also influence the choice of some forages to incorporate into the grazing system. The seasonal distribution of cool-season and warm-season perennial and annual grasses, cool-season perennial legumes and perennial browse is shown in Figure 1. It can be easily seen that under southeastern conditions, cool-season and warm-season pastures complement each other. As a rule of thumb, only 25 percent of pasture land should be dedicated to warm-season forages in any grazing system. Grazing systems can include only perennial forages, only annual forages or a mixture of perennial and annual forages. In general, white clover is the predominant legume found in present grazing systems. But sericea lespedeza, because of its beneficial effect in controlling intestinal parasites of goats, is starting to play an important role in certain areas. Nevertheless, sericea lespedeza is listed as an obnoxious, invading plant is some states. 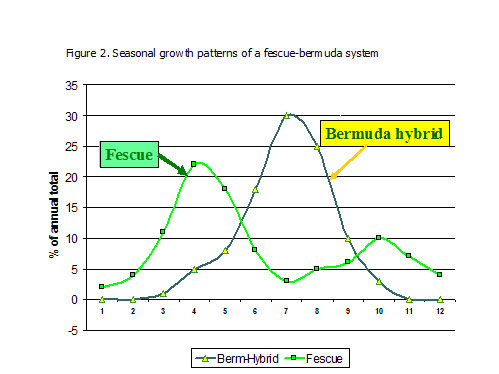 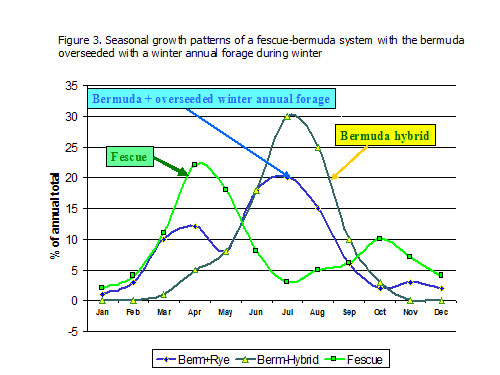 Browse should be used as a forage resource during the hot and humid summer months, preferably for goats having high nutritional requirements, such as does in late gestation, does in early lactation with nursing kids and weanlings. One of the beneficial aspects of browse is that it provides shade when the heat index can be an environmental stressor. Leaving trees in both cultivated pasture and cleared rangeland is important for the same reason. In addition, browse foliage nutritive value can be very high and changes little throughout the growing season. Nevertheless, additional research work is needed to assess the chemical composition and nutritive value of many browse plants.