The numbers of all goats slaughtered at state and federally inspected plants in 2007 were nearly 830,000, up more than 2.5-fold from 1990. Meat goat slaughter numbers have shown a solid increase since 1990 (Figure 3), and they likely will continue to increase due to trends in population growth that promote meat goat production. The meat goat industry in general is in its infancy; therefore, many on-farm slaughters are probably not reported. It can be speculated that for every goat reported, there are at least 4 (estimated later in this report) that are not. Also, it must be noted that 2006 was the first year that goat slaughtered in the state-inspected units were reported. 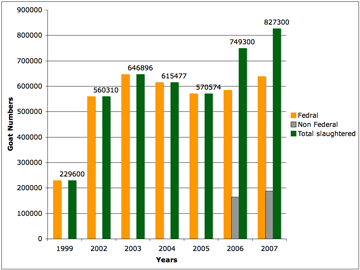 Figure 3. Goats slaughtered in federally and state inspected plants in the United States.