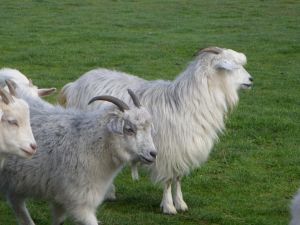 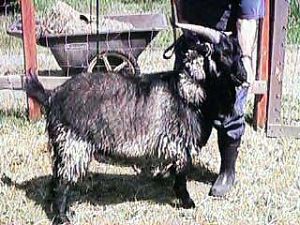 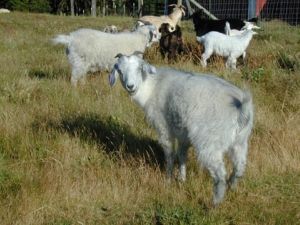 Cashmere does with kids.

Cashmere is such a luxurious fiber that the Arc of the Covenant of the Old Testament was lined and curtained with it. China produces sixty percent of the world’s supply of cashmere. Other countries that produce cashmere are Turkey, Afghanistan, Iraq, Iran, Kashmere, Australia and New Zealand. The first Cashmere goats in the United States were imported from Australia and New Zealand in the late 1980s.